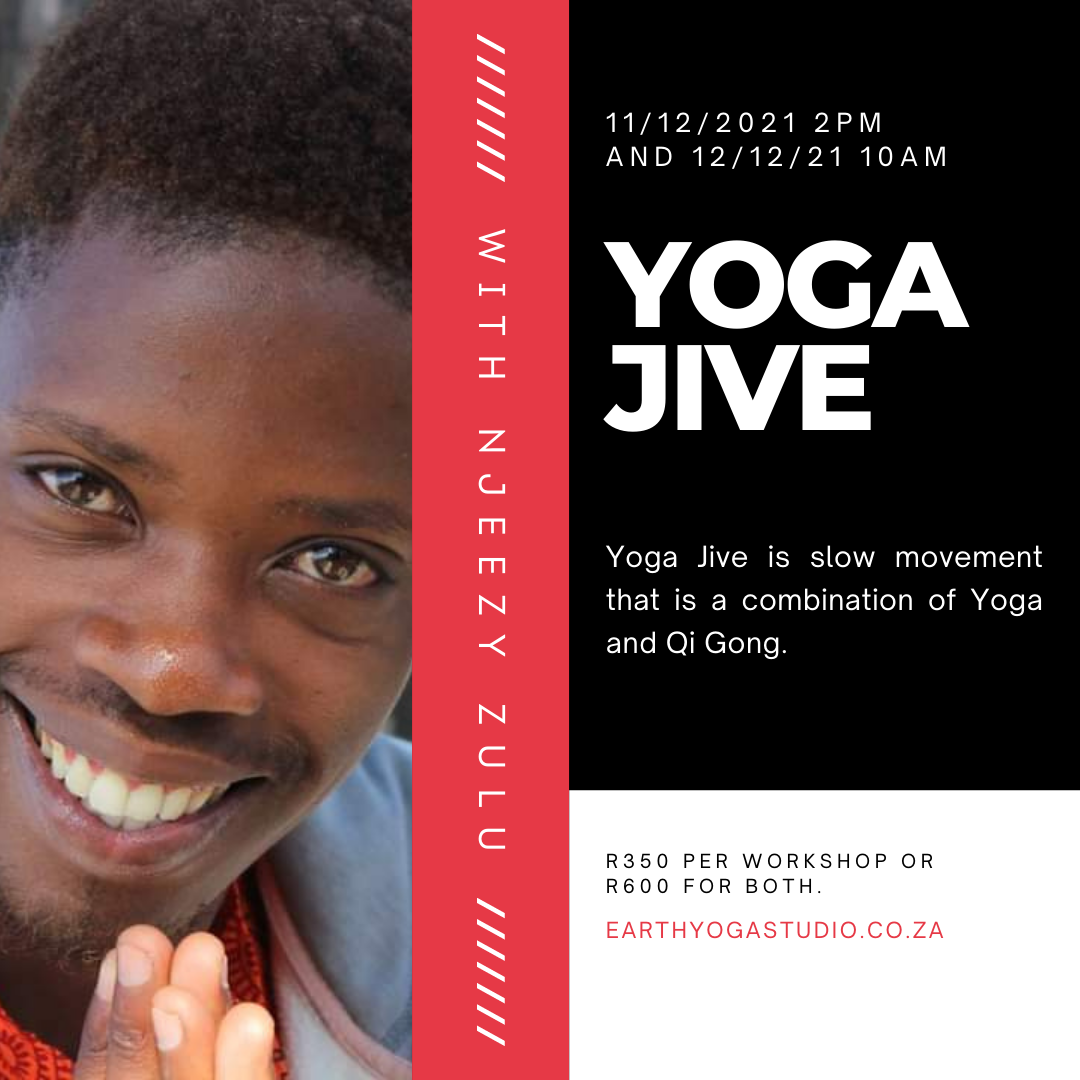 Yoga jive is a slow movement that is a combination of Yoga and Qi gong mostly but it is also influenced by lot of yoga styles choreographed to make one flowing movement. Yoga its better practiced using meditation music or any slow music that will allow a person to move with awareness.

I am an advanced yoga instructor with 500hrs yoga qualifications. I did my 200hr back in 2014 at Jivananda Yoga shala in Durban North trained by Christine Withiel under the Project called Township Yogi. In 2015 went down to Cape Town to do 300hr advanced training with the famous Jim Harrington and also did a weekend workshop of Yoga synergy with Simon Borg Oliver as part of our teacher training with Jim. Same year we traveled to India with Jim to the Yoga retreat he hosted and that is were i came up with an idea of Yogajive.

I have also Taught Yoga on trip in France which was a cultural exchange among 7 countries and been travelling around country dancing professionally and hosting workshop.